A while back, the warlock Morthor was given a letter by an old woman, and told, "Knowledge you seek? Knowledge you find!" 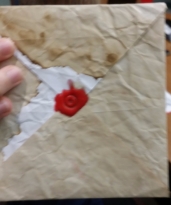 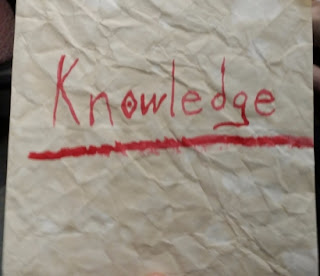 The front of the envelope was blank but for the world "Knowledge"; the back was sealed with wax, with a strange symbol for the stamp. 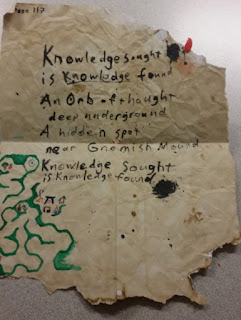 Inside was what appeared to be a page, torn from a book; page 117, as written at the top. The page contained two things of note: first, a poem, and second, a map. 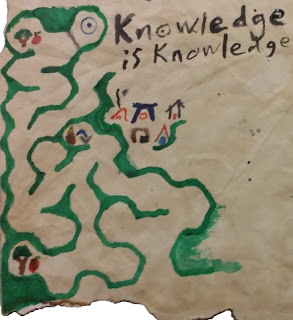 The map is reproduced to the left. It appears to be a maze, with the entrance either at the bottom of the page, or near the top, next to a group of brightly-colored houses. At the top and bottom left of the maze are two trees, each with slightly different fruit. In the middle of the map is a strange image of a brownish blob with a yellowish cone on its top, next to a blue ^ over a grey v.

Last, and perhaps most importantly, there is a section that appears to be closed off; inside is a symbol: a circle with a dot in its middle, very similar to the wax seal.

It is slightly odd that the area under the poem is blank, while the maze takes up the margin to the left; naught but ink-stains mark the rest of the page.