The Journal of Görkem Ebrahimi

The journal, taken from the corpse of (as is noted in its pages) Görkem Ebrahimi, contains a wandering missive of the last several months of Görkem's life. While Llarm read every detail, the majority of his story could be wrapped up in the phrase, "Fighting is fun, but now I'm hungry." In short, his story read as follows:

The journal began in the city of Kanka Sehir; Görkem traveled with two companions (not the thief or dwarf) from there to Sao Agua, the village at the southernmost tip of the jungle. He met up with two more adventurers, a cleric and a fighter, and the five made their way through the jungle, along the Jungle Road. Görkem was not fond of his original two companions, and seemed very pleased when they died fighting some natives. At the edge of the jungle, his path diverged from the road, moving south; however, he met up with a large group of Summer sylphs, who were able to convince the cleric and fighter to visit them; irritated, Görkem followed. With much wheedling, he managed to gain transport to, and across, the river. The cleric remained behind.

Moving south to Crag's Pile, Görkem hired a dwarven mechanist, though seemed unaware that she was female. He took great joy in describing the group of adventurers they found on the road and slaughtered, as evidenced by his copious writing on the subject. However, he mentioned a task - one that his master, previously unmentioned, had set him upon. While there was no more description of the task in his journal, it was obvious that it was not only important, but involved a group of adventurers.

His journal sporadically described his journey north to the Wall, and his disgust for the "lazy, inept people of Mareten, who hide behind a wall instead of facing their enemies." He traveled to Riverbend, and wrote excitedly of finding a trail. He also found another companion - a thief. The thief brought him a message from his master, one that brought even more joy to his writing. 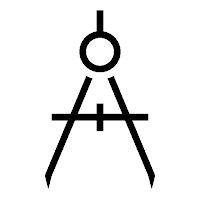 Finally, Görkem's journey lead to the Tower. His target was nearby, and his ego oozed from the ink on the pages as he described his immortality, the obvious downfall of his enemies, and so forth. He noted that he gave "the object" to the thief, "Ivan Something-Nose-Ah," with strict instructions with what to do with it. His last entry was a quick note, boasting of his battle with a group of "100 skeletons," and how he escaped without a scratch.

The last page of the journal contained a diagram: a compass. Somehow, it seems familiar...